Negative SEO: What Is it? Is it Illegal? Actions You Can Take to Remedy Its Effects and Protect Your Site

You put in hours doing keyword research and optimizing your site and were well on your way to online success.

All of a sudden, the traffic to your site took a deep dive, leaving you bewildered and scrambling to figure out where it all went wrong.

The fact is, you may have been hit by negative SEO.

Whether you’ve been a victim of negative SEO tactics and are wondering, “Is negative SEO illegal,” or are wanting to learn how to protect your site from black hat SEO practices, we can help.

In this guide, we’ll dive into what negative SEO is, how it can affect your website, and what you can do to prevent it.

Negative SEO, a.k.a. “black hat SEO,” refers to the deliberate use of malicious practices aimed at tarnishing a competitor’s ranking and reputation in search engines.

Generally, negative SEO is detectable only when your site’s incoming traffic and rankings begin to drop.

Why would a competitor use negative SEO?

In hopes of improving their traffic. Basically, it’s the old ‘cripple the competition to get ahead’ tactic.

Previously, negative SEO may have looked like hijacking the competitor with dubious banner ads. But the negative SEO tactics of today are much more savvy and elaborate.

One negative SEO tactic a competitor may use to wage an attack on your website is building spammy, low-quality backlinks.

These are often coming from countries outside the US, and when they happen, you’ll usually see a sudden, dramatic spike in your traffic.

Spammy links are backlinks placed on pages and websites regardless of context or user experience. They are:

There are various types of spammy links, such as:

The goal of hidden links is to spam a site without making it visually obvious.

You don’t have to be in business for very long to know that negative reviews can kill your reputation.

A competitor may try to negatively affect your SEO by inundating your site with phony negative reviews.

This is one reason it is important to keep a close eye on your reviews, monitoring them for any suspicious activity.

When this takes place, the competition files a fake complaint claiming you are in violation of the Digital Millennium Copyright Act (DMCA) in an effort to get your backlinks removed.

Occasionally, a competitor may generate branded email addresses to contact some of your top backlinks, requesting that they remove your link.

This duplicate content forces the search engine to decide which one of the identical pages should rank — and it isn’t always the original page.

While most negative SEO strategies are off-page, occasionally the competition will use on-page tactics to hack your site and impact your rankings. They may do this by:

The competition may also implement negative SEO by using your name to create phony social profiles.

They then optimize the fake account under an alias to make it rank for your company’s name.

If the fake profile outranks your site, it may affect your click-share and damage your brand image and reputation.

DDoS refers to distributed denial-of-service, and while it is similar to hacking, in this case, the competition tries to shut your site down completely.

When these take place, your server — or its surrounding infrastructure — is flooded in an attempt to keep any legitimate traffic and requests from reaching your site.

Eventually, your resources are exhausted, causing your site to shut down.

In this day and age, negative SEO rarely works.

According to Google search advocate, John Mueller, while it’s easy to jump to the conclusion negative SEO is responsible for a struggling site, even when negative SEO tactics are implemented they’re not usually the main reason the website struggles to perform.

Is negative SEO illegal? Not necessarily. Unethical and shady? Without a doubt. Let’s take a closer look.

For starters, it’s important to understand what the term “illegal” actually means.

According to Merriam-Webster Dictionary, “illegal” refers to something that is: “not according to or authorized by law: unlawful, illicit.”

Does Negative SEO Fall Under the Umbrella of Illegality?

So, when we consider the above definition, for black hat SEO to be illegal, there must be some law that is broken — something that can be prosecuted.

The problem is, that due to the ambiguous nature of most negative SEO tactics, it is impossible to narrow down a punishable offense.

Depending on how the negative SEO was carried out, it might be punishable as ”unfair competition.” Under this theory, the actions of the individual implementing the negative SEO tactics were directly responsible for the decline in your rankings and, in essence, diverted your customers away from you — and to themselves.

Also known as GSC, Google Search Console is a free Google tool that enables you to view:

Aherfs is a tool that is designed to analyze your domain, research, and monitor your competition.

Aherfs has the capability of pulling in a huge amount of data on your PPC and organic traffic —  including everything you need to track your keywords and backlinks.

Plus, you can examine each of your backlinks, to be sure you are happy with their quality.

Another great tool for weeding out negative SEO is available through SEMRush. Their backlink audit tool allows you to:

Screaming Frog is another SEO tool that’s designed to weed out negative SEO.

It can be used to crawl your website and help you catch any:

Google Analytics is a “freemium” service — meaning you have access to the many free features, or you can pay monthly to upgrade to the more advanced features.

This SEO tool displays your organic traffic and the landing pages your site is getting, allowing you to monitor your website’s:

This tool helps you weed out negative SEO by showing your site’s:

How to Remedy the Effects of Negative SEO

Prevention is always the best cure.

But if you find yourself suffering from the effects of negative SEO, here are a few things you can do to get the problem taken care of:

Next, you will need to give Google a complete overview of who you are and why your business exists.

Finally, you will go into depth about what happened, painting a clear picture, so they can understand every detail. Explain any errors you may have made and what you have done to try to remedy the situation.

3 Tips on How to Protect Your Website From Negative SEO

If you’re wanting to know how to protect your website from negative SEO, one of the first things you can do is to be sure you regularly audit your site.

Set backlink alerts to make sure that you’re keeping an eye out for spammy links, and monitor your backlink profile each week.

In the event of a negative SEO attack, every minute is valuable.

By conducting regular audits, you’ll stay on your toes and will be able to act quickly to lessen the negative impact of website rankings

Another way to avoid negative SEO is to stay away from purchasing backlinks.

Yes, the practice has been around forever, but if you want to keep your site running smoothly, skip the unethical practice of black hat SEO and focus on white hat link-building strategies instead.

But the investment in long-term link-building is well worth the time.

#3: Develop Supportive Relationships With Your Competitors

In other words, keep it professional.

Take the time to cultivate good relationships with others in your niche. Strive to develop a reputation as the ”good guy,” who runs an honest business and supports the competition.

Is negative SEO illegal? No, but it is most certainly unethical and should be avoided at all costs.

Instead of spending precious time, money, and effort trying to negatively impact your competitors, be proactive.

Invest your efforts in doing what it takes to build and maintain a good reputation online and boost your own SEO.

Let’s face it. Creating top-quality SEO is a challenge.

If you’re looking for help when it comes to protecting your site from negative SEO and creating a white hat strategy that will give your site the best performance possible, SEO Growth Partners can help.

Our team of professional SEO experts and writers has the experience it takes to stay on top of your SEO campaigns.

And we know the tricks of the trade to position you in front of your target audience — and keep you there.

We are the experts when it comes to …

… and we know exactly what your site needs to keep your business on the cutting edge.

Sure, it’s completely possible to do SEO on your own.

But if you want it done right, get in touch with SEO Growth Partners today for your free SEO audit. 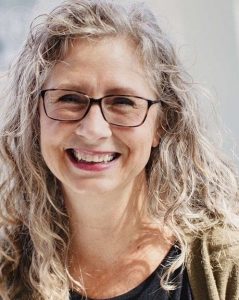 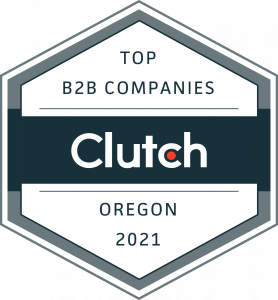